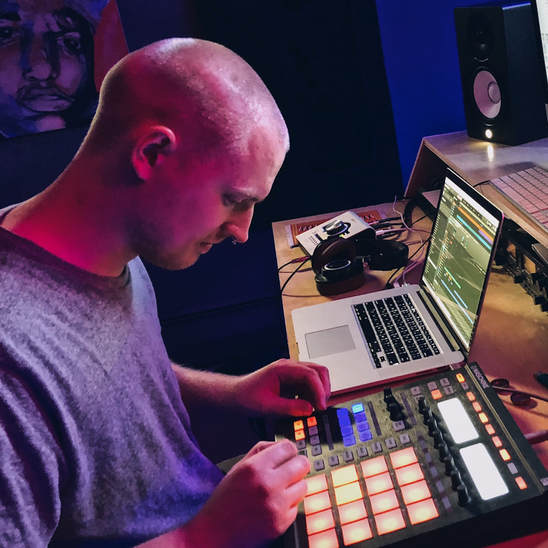 ABOUT EVAN
Originally from Rapid City, South Dakota, Evan is a producer, composer, and bassist. In 2017, he graduated with a Bachelor of Music from Minnesota State University Moorhead. While at MSUM, he was a proud recipient of the Presser Foundation Scholarship and studied both Music Production and Music for Film in the United Kingdom. Much of his time in college was spent working with student groups and collaborating in different musical ensembles. In 2015, Evan had the wonderful opportunity of working with the Chamber Music Festival of the Black Hills to produce a virtual choir composed of over 200 children from the Black Hills and Pine Ridge Indian Reservation of South Dakota. While continuing to produce music under his own name, he has also produced music for local hip-hop artist and native community activist Mic Jordan. Alongside music production Evan regularly composes music for film, having scored several short films.