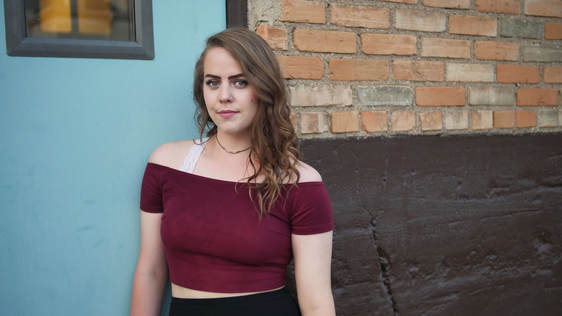 ABOUT JESSICA
Jessica has been performing live since 2007 and teaching privately since 2015.  She started her musical education at 12 years old when she began studying voice with a variety of teachers and performing in her church band.
​
In 2013, she started at Minnesota State University Moorhead where she had the honor of studying classical voice with Jenny Dufault, musical theater voice with Julie Adams, jazz voice with Sherrine Mostin, jazz improvisation with Tom Strait, and composition and arranging with Allen Carter.  In 2017, she graduated Suma Cum Laude with a Bachelor of Music in Jazz Studies.  After graduation, she has played with a variety of groups in the Fargo/Moorhead area, including a year with Downtown Sound as their bassist/vocalist.

Since the summer of 2018, Jessica completely focused her musical energies on her original project and released her debut EP, For A Night, in April 2019.  She is now performing all over the Midwest with her band and duo and continuing to write new music with plans to record in the near future.  In the fall of 2019, Jessica started teaching the Commercial Ensemble at MSUM.