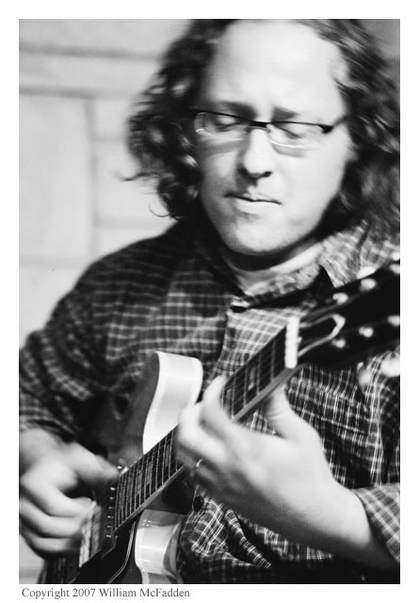 ABOUT NIK
Nik Gruber has been an active teacher and performer in the Midwest for the past 23 years. His training is in jazz and composition, but he is equally comfortable in a variety of styles, including funk, blues, rock, and country. While in Fargo, Nik has played with funk jazz duo Big Fun, Blind Joe, The Blues Band, The Bizness, Hot Lunch, Super Heavy and Awkward, Post Traumatic Funk Syndrome, and The Russ Peterson Duo. He has opened for Leon Russell at the Fargo Theater and played at five Fargo Blues Festivals.
Before relocating to Fargo in 2010, Gruber enjoyed a healthy playing career in Iowa City and Athens, OH. He played over 270 gigs in 2006 and 2007 with a variety of groups, most notably the funk/jazz/hip hop sextet New Beat Society. He has had the opportunity to perform with jazz greats such as Joe Lovano, Steve Swallow, Carla Bley, Kenny Wheeler, and Anthony Cox and to open for Karl Denson, Melvin Sparks, and Derek Trucks.
In addition to performing, Nik has also enjoyed teaching a range of subjects. With degrees in both music and anthropology, he has experience in the lesson room and the classroom and is equally comfortable directing a jazz ensemble or delivering a lecture on ethnomusicology. He has taught guitar for the last 23years with as many as 30 students per term.  At Ohio University he directed jazz combos whose performances included one concert comprised entirely of pieces from 1959 and another of contemporary jazz works. The contemporary composers included Ben Allison, David Binney, and Larry Goldings. At the University of Iowa he was a founding member of the guitar ensemble and dedicated concerts to the music of Charles Mingus and Bill Frisell. Gruber still enjoys writing for guitar ensemble and founded the Concordia College guitar ensemble in 2013. He has taught jazz history and improvisation, as well as courses on ancient civilizations.